Saying I would be lost without my blue family would be an understatement. I have no idea where I would be without them. . They are ALWAYS a text or phone call away and by 'they' I mean ALL of the men and women in blue.

The respect that lies between them all is beyond explainable and I will never have words to describe what they've done for us.  I have one hell of a family...most I've never met and I wouldn't trade them for the world. 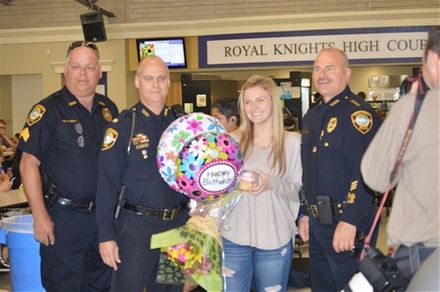 Every year Charlie brought flowers to work and school for Holly,  Aleena, and me for our birthday and Valentine's Day. On the first birthday without her father, Tarpon Springs PD stepped up to continue the tradition. They suprised her by walking into the cafeteria with balloons and flowers and sang Happy Birthday to her.

Since 2016 Andrew (their older brother) has taken on this responsibility for his father. 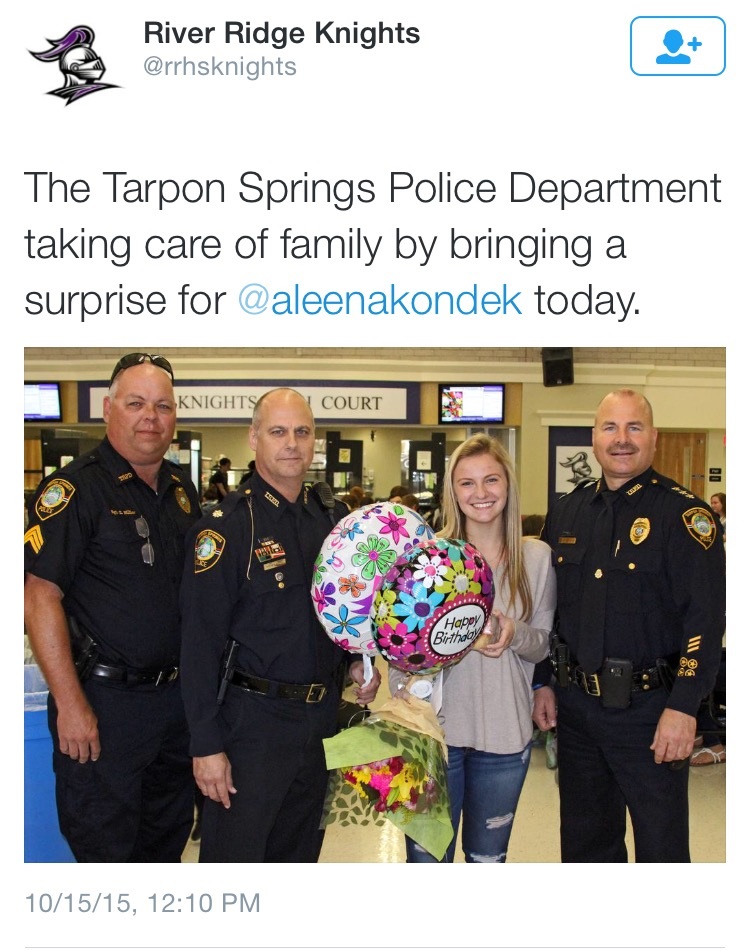 Tarpon Springs PD drove to River Ridge High School to wish him a happy birthday. I'm so thankful they took the time to do this. How lucky are we to have the men and women in blue by our side? 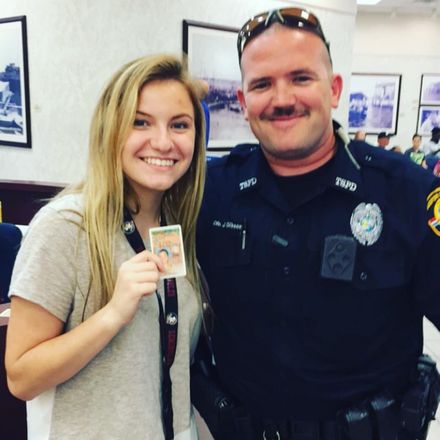 After so many officers took the time to teach Aleena to drive this past year, she passed her test with pride. Officer Gibson watched with me as she impatiently waited to hold her license for the first time. 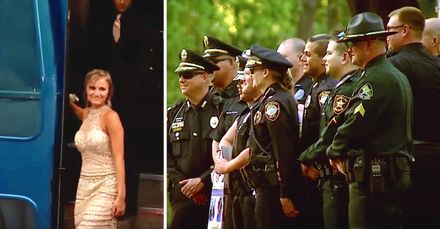 Today I will watch our youngest child put on her prom dress and walk out the door with just a kiss from one parent. Her father will be missing yet again another milestone.

Our blue family once again will stand with me and some will be waiting with flowers to escort her in the way she deserved to be.  This day will be another memory Charlie will not be a part of besides the overwhelming feeling of missing him.

The Tarpon Springs PD, and a few officers from the Pasco Sheriff's Office and the Pinellas County Sheriff's Office, escorted Aleena to prom just as her father would have done. I know he's beyond proud of ALL of you. 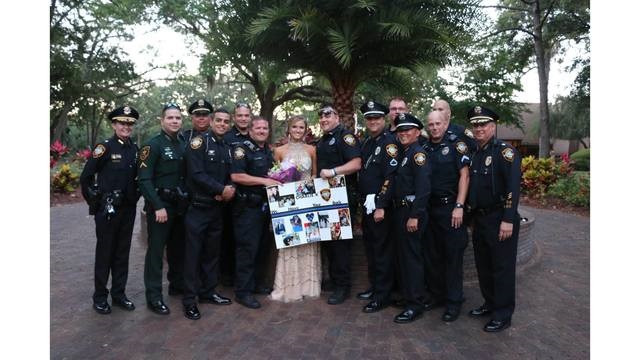 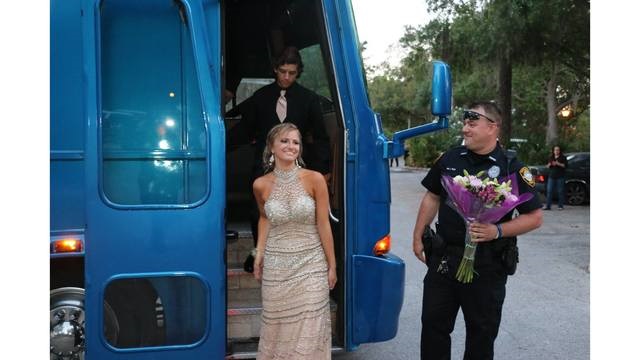 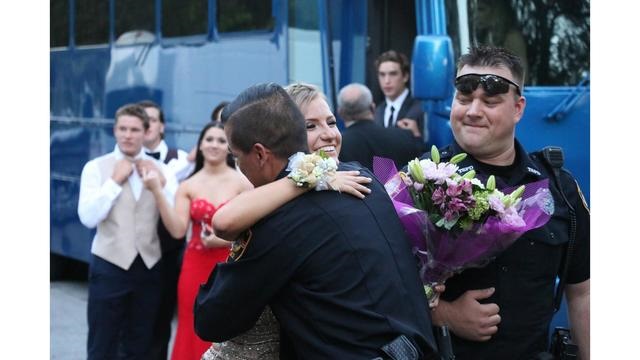 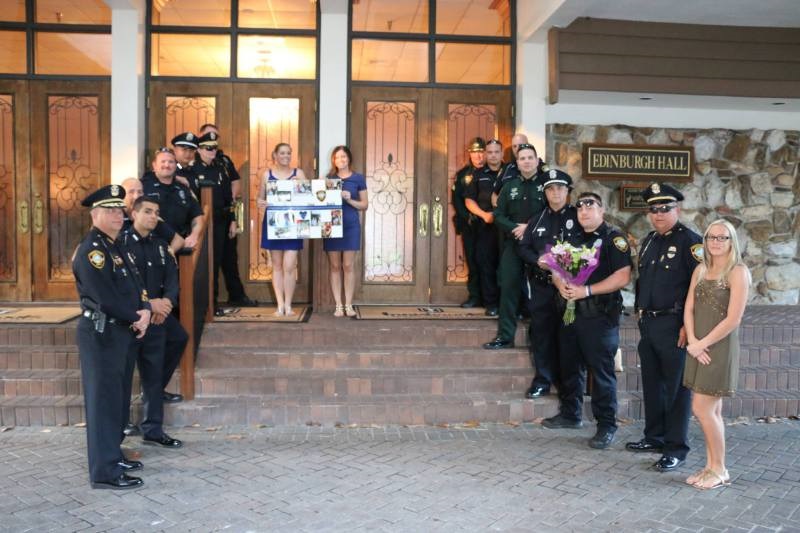 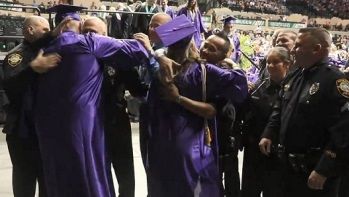 Well It's May 27, 2017 and tonight my last two babies will graduate. Charlie is missing yet another milestone and I HATE that he won't see them walk across the stage and away from their high school years.

I'm so grateful for the support from so many agencies - especially tonight. I wouldn't be able to do any of this without them.

I remember how upset you were when they started school. I remember you sat in the parking lot ALL day because you promised them you wouldn't leave them alone on their first day.

After you were ripped away from us, they struggled through school but they remembered what you taught them about life and...they made it. They have stuck together like always. They made it after nights of crying, seeing other kids with their father, and missing you every damn second of the day. They learned at such a young age that life isn't guaranteed and they live everyday to be their best and to honor you because you are a part of them.

Tonight, as I sit with our older babies and your brothers and sisters in blue who continue to hold us up, I will do my best not to ugly cry and have a complete meltdown. I know you'll have our hand tonight but I really wish you were sitting next to me.

I'm incredibly proud of how hard they worked for this day!

Miss you always, Me 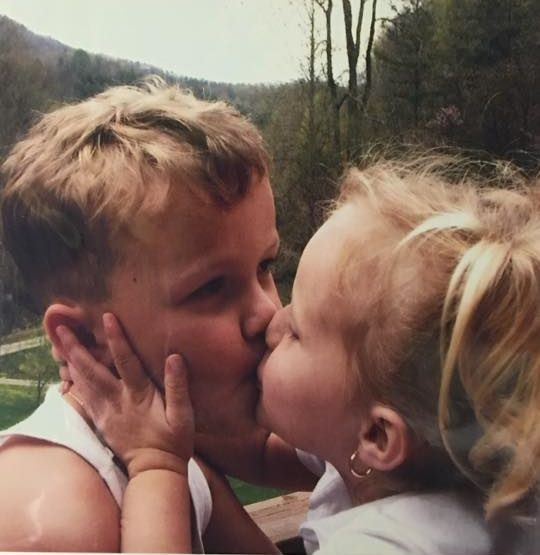 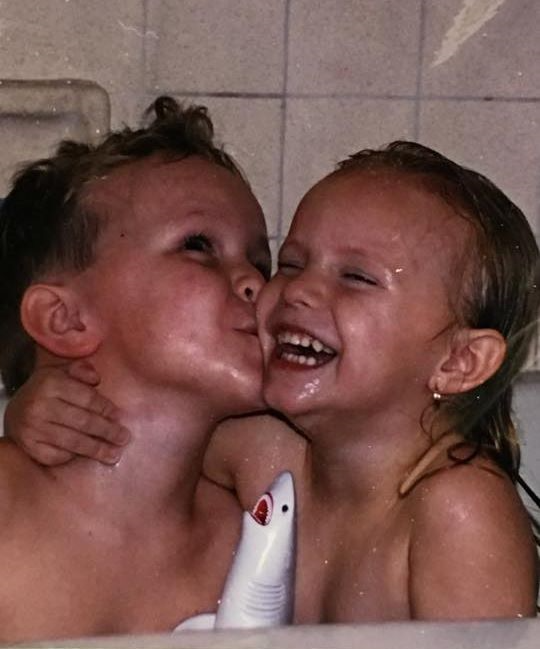 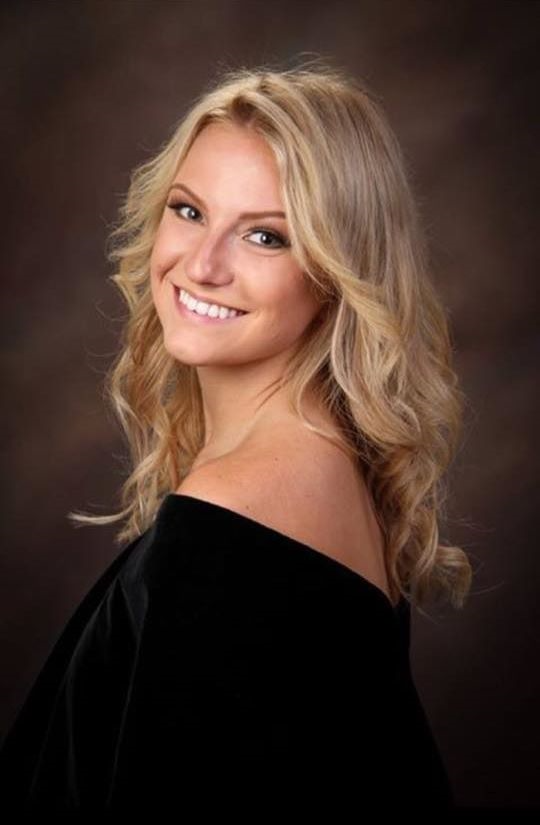 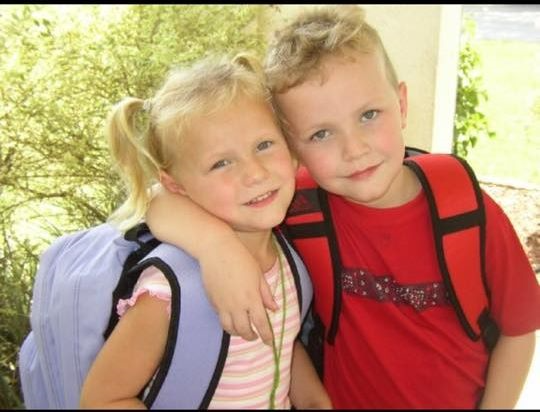 Their first day of school 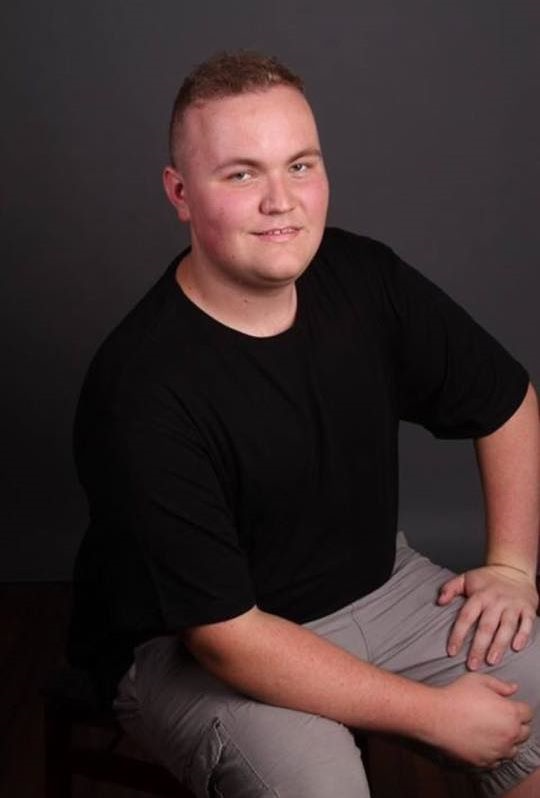 There is no video clip yet 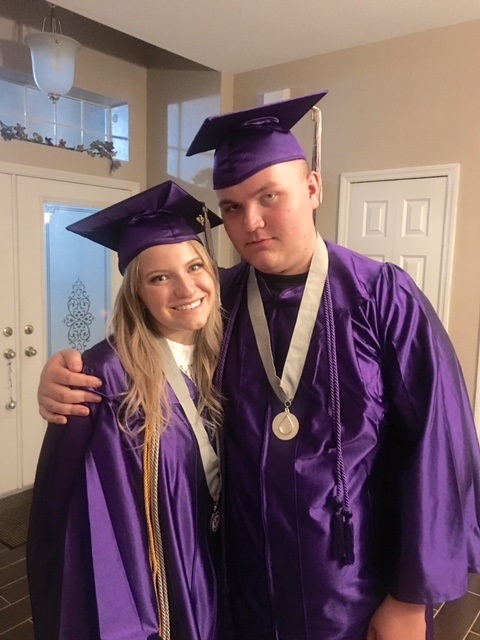 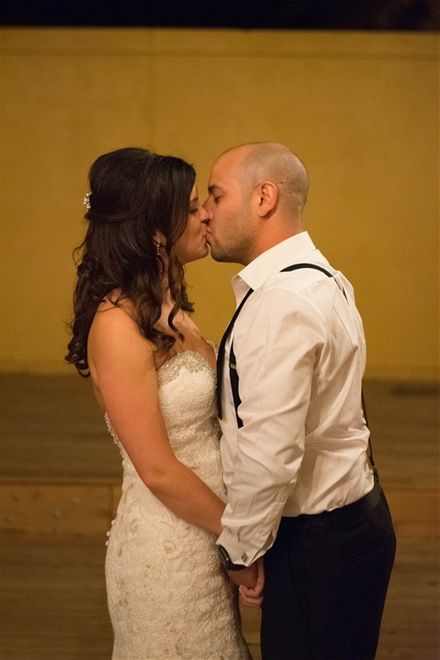 As our oldest daughter Holly was minutes from marrying her best friend, I couldn't help but feel so broken for her. She missed her father. He should've been here with her to see her start her new chapter in life.

TSPD  made this day special for all of us. Sgt. Osarczuk performed the ceremony. Holly was escorted down the isle with Officer Bird and her brother Andrew with a photo of her father wrapped around the flowers she carried. Next to me was a chair with Charlie's uniform and hat where he should've been. The wedding party was escorted by officers that stood in for their fallen brother.

One of the happiest days of her life was another day her father missed.

Charlie missed his first father-daughter dance. It was heartbreaking to skip that part of her wedding but just when she started to cry, a line of men formed alongside the wall for an “Uncle” dance that ended with her little brother. It went like this...

To once again show the bond of blue families, Holly & Joe were given the following video message from law enforcement officers around the country.

To view it go to: 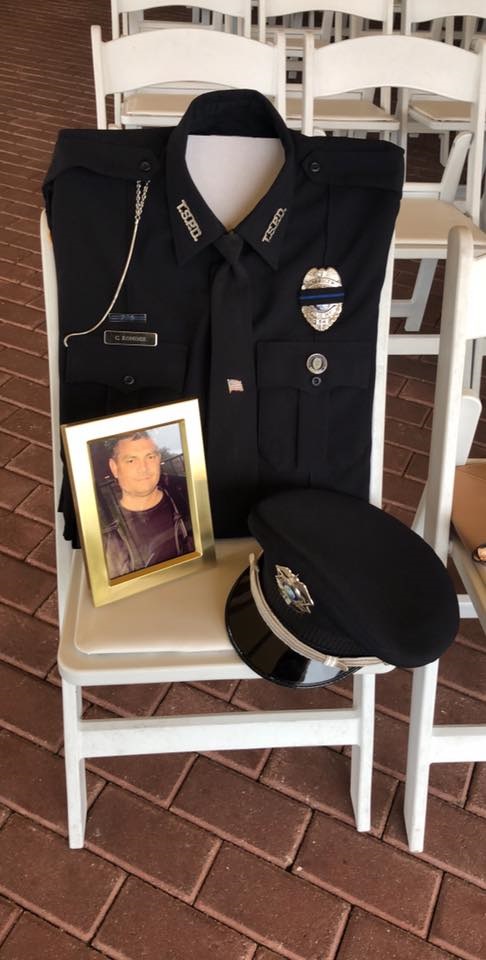 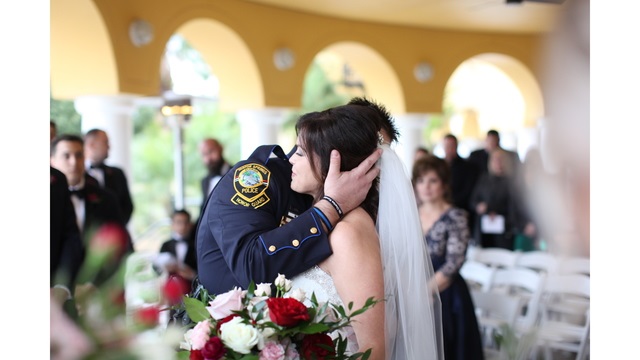